When Ancestors Let You Down

It’s always a good idea to revisit research, so while I was preparing for my first blog post about my great-great-grandmother Hannah Best (that’s MY great-great-grandmother, MINE, and that of my cousins, who are descended from Edward Keen, but no-one else!), I went through my documentation to check my facts and ran a fresh search online to see if any new records were available.

Everything looked to be the same, until I decided to click on Ancestry’s ‘Family Trees’ category to see who else had her listed in their trees. I clicked on a few before noticing a couple of ‘Hannahs’ with a child called ‘Jane Best’. I knew my Hannah had only had Kate, Edward and Emily, but I decided to click on Jane for more information as it looked like the child had been baptised in the same parish that Hannah lived. There was also no father listed. Curiosity piqued, I decided to look at the baptism record. It said:

I felt a chill run up my spine. OK, this might still be a coincidence so let’s see where Jane was in the 1871 census and perhaps this will turn out to be an error. But there she was! The only Jane Best, age 3, living in Warlingham with Hannah’s saintly parents Thomas and Phyllis Best and listed as ‘granddaughter’, along with two other grandchildren: Thomas and Ada. Also living in the household was Hannah’s older brother, John, who Ancestry had decided was the three children’s father and I, 11 years ago, must therefore have assumed (NEVER ASSUME!) he was the father as I had them down as his children and had never got around to checking this collateral line any further. Looking closely at the census return image, you can see that John was actually ‘unmarried’. It would have been unusual for an unmarried man to have three of his own, presumably then illegitimate, children living with him and his elderly parents. A widowed man with children, yes, but unmarried? No, probably not.

With mounting horror, I ran a search for Ada and Thomas.

I felt physically sick with shock. How had I missed this? How dare she have had more children!

I set about tracking the lives of Thomas, Ada and Jane. Whilst poor little Jane died as a child, Ada and Thomas went on to have children, who had children, who had children – making a whole new set of descendants from Hannah that I hadn’t realised. She was no longer just ours – the great-great-grandma of the Keen family of Lincoln. I actually felt quite numb. In fact, over the next few hours and days I actually felt something akin to grief and then I felt angry with her.

What on earth is the psychology of this?! I know I’m an only child and have a tendency to be a bit possessive about things so was I just annoyed at having to share her more widely than I thought? Was it just because she was my first genealogy project and I thought I knew her? I was fascinated by my own reaction. Is it normal to feel let down by someone who lived 150 years ago? Do other people feel disappointed with their ancestors? It’s not like she even killed anyone – she just had (at least!) 6 illegitimate babies!

I tried to imagine the conversations that might have taken place in the Best household:

Late Summer 1863. 18-year-old Hannah was returning home on a day off from her servant’s job at Hallilou Farm. Her younger siblings spotted her coming up the lane and flew out the gate to greet her. ‘Hannah! Hannah’s back!’ they cried. James’ short arms encircled his sister’s waist, ‘My, you’re grown fat, Hannah!’ he laughed as she swung him up into the air as she usually did. Phyllis came out of the house, brushing floury hands on her apron, an expectant smile of joy on her face. “My Hannah….” she started, the grin suddenly fading as she quickly took in the bulging belly. She walked up to Hannah and held her in her arms. “What have you done?” she whispered into her hair.

Later that night, once the children had fallen asleep and Hannah back at the farm, Thomas and Phyllis sipped their tea and pondered on their situation. “We can’t let this ruin Hannah’s life, Tom.” Phyllis sighed, blowing the steam off her cup. “She was so lucky to get that position.” Thomas barely heard, “If I could get my hands on that young man…” he started. “Hush, Tom,” Phyllis said, “What’s done is done. Now we have to do the right thing by that child, starting with a proper baptism when he or she comes into the world, God willing.” Phyllis glanced towards the crucifix on the wall. “Hannah will have to tell Reverend George herself. Hopefully he will frighten some sense into her.” They sat in silence, broken only by the ticking of the mantle clock. Eventually Phyllis spoke. “Let us raise the child, Tom. Mary and James would love a little child around the place. Especially Mary, after losing the others…” her voice trailed away. Thomas patted Phyllis’ knee and smiled resignedly. “We’ll look after the child and we’ll hold our heads up high, for it is the right thing to do.”

Nearly two and a half years later. 60-year-old Thomas was galloping around the garden with a tiny Thomas junior on his shoulders yelling with glee. “Your mother is coming for tea!” the grandfather told the little boy, who gripped even tighter to his ears. He didn’t really know his mother, but grandfather’s excitement was catching. 12-year-old James swung on the old gate, watching for his sister. She hadn’t come home for Christmas and he was hoping she might bring him a little present. He noticed a cart pull up at the end of the track, the driver being most assiduous as he helped a lady down. She turned around. It was Hannah! James waved excitedly. Hannah waved back and picked her way carefully along the muddy lane. It was clear she was with child again. “Father…” James said. Thomas trotted to the gate, his grandson bobbing unsteadily up and down, and looked at his daughter. “Not again,” he muttered. Shaking his head, he lowered little Thomas to the floor and went out to meet her.

1868. Two years later. Phyllis was running a little late for church on account of her husband being in bed with a bad cold. She was carrying the toddler Ada and little Tom skipped happily by her side. James was now working for the Whitehorn family, so she was struggling to manage the two little ones. Having just turned 61 herself, she supposed this was to be expected. Luckily her son John had written to stay he was coming back home. She pushed open the church door, as Rev. George was just clearing his throat to begin. He flushed a little when he saw Phyllis. Several members of the congregation turned around and stared at her. Others began to whisper and snigger. “Silence!” the vicar shouted. Molly shuffled along the pew to let Phyllis sit down. Phyllis raised an eyebrow at her neighbour and Molly couldn’t hold the gossip in: “Your Hannah is with child again. Mrs Donoghue saw her at the inn on Friday,” she hissed, before closing her eyes piously in case the vicar looked in her direction. Phyllis sunk her head into the wiggling toddler on her knee. How could she do this again…

Thomas and Phyllis deserve a medal for taking on those three children. They took the next one too, Kate, born 9 years after Jane, when they were in their 70s. I’d always imagined that Hannah worked hard so that she could get Kate back, and raise her small family – Kate, Edward and Emily – together, but it was perhaps only because Thomas and Phyllis were really pretty old when Edward was born that she didn’t foist him off onto them as well. Thomas actually died the same month and year Emily was born (probably through shock!) so Hannah had no choice really but to keep them herself. Was she as selfless as I had always believed? What sort of mother was she really?

For a few weeks I wondered if I had got her all wrong. Then I thought about the children: Kate, Edward and Emily. They stayed with her for the rest of her life. She didn’t give them up or abandon them. They all turned out to be good people. My Dad’s older relatives had only fond memories of them. Edward, my great-grandfather, who moved to Lincoln in 1910, was a hard-working man who lived close to his family all his life. He was still working in his 60s when one day, after arriving at work and hanging up his coat, he dropped dead of a heart attack. He instilled a tremendous work ethic in his son, my grandad, who also worked hard every day of his life. Perhaps because of, perhaps in spite of, Hannah’s parenting, her children did well and were a credit to her.

We cannot possibly deduce from a few dates and a couple of sentences on a certificate exactly what happened to an individual or what their personality was like or how they would have reacted in the circumstances life threw their way. Names in a baptism register don’t tell us if those children were conceived in love or a moment of drunken passion or violence or out of necessity for money. We can simply only imagine – as with my story above – what went on in families at that time. Life was tough.

“Names in a baptism register don’t tell us if those children were conceived in love or a moment of drunken passion or violence or out of necessity for money”.

One good thing, however, came out of my new family discovery and that was a connection with some of the new relatives I hadn’t known existed! I came across a photograph on Ancestry of Hannah’s first born, Thomas George Best, and messaged the tree owner, whose wife and son are DNA matches to me, to see if I could use it. He kindly said yes. As you can see, Thomas really does bear more than a passing resemblance to his half-brother, my great-grandfather Edward. (Look at the ears!). Did they know one another, I wonder? 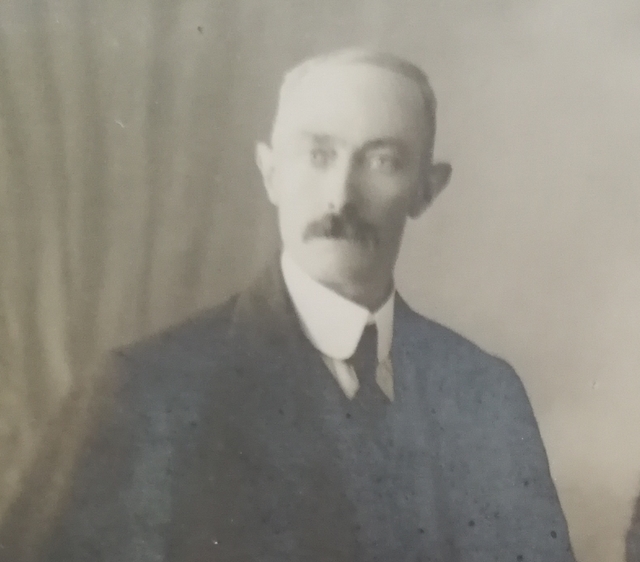 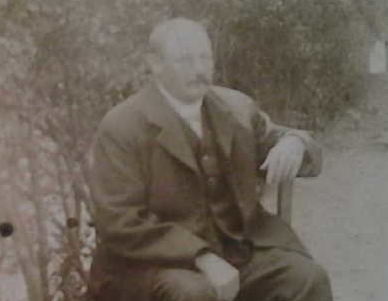 I have recovered from my shock now and have peace about sharing Hannah. Although she has two other lines of descendants, she nevertheless created her own (to use a DNA analogy) ‘subclade’ of Bests, the ‘Keen’ subclade! For reasons she took to her grave with her, she gave her youngest three children the surname ‘Keen’ and so she is and will always be the reason why my friend’s Dad called me ‘Keeneo’ when I was little and the kids I used to teach called me ‘Kiss Meen’ instead of Miss Keen or why I spent 39 years spelling out ‘Keen – kay-double-ee-en. Like the adjective. No E on the end’ (thanks for that, Hannah!). Whatever she did, whatever life decisions she made, she will always be the first ancestor I researched and the enjoyment of piecing together the life of a fascinating ancestor ultimately lead to this career.

She’s my great-great-grandma Hannah and I’m proud of her. 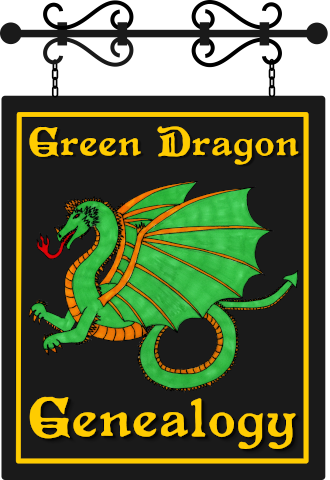 Share This
We use cookies to ensure that we give you the best experience on our website. If you continue to use this site we will assume that you are happy with it.OkCookie Policy